The 7th meeting of BRICS Ministers of Agriculture in China focused on the agrarian development and to take leading role in creating innovation to develop the agricultural sector, with an aim to meet the international goal of hunger and poverty eradication 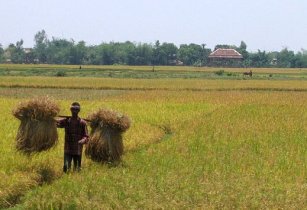 During the meeting, Brazil, Russia, India, China and South Africa (BRICS), emphasised on the importance of global food production and cooperation for a sustainable agricultural development worldwide.

The UN’s Food and Agricultural Organisation (FAO) said that BRICS play important role in international agricultural arena, as the countries together produce more than one-third of global cereal production, with Russia becoming the largest wheat exporter in 2016.

In a statement in the meeting, Kundhavi Kadiresan, assistant director-general and FAO’s regional representative for Asia and the Pacific, commented that the BRICS countries, together, can help to meet the Sustainable Development Goals (SDG) to address the issues of hunger and poverty by 2030.

In addition, she said that farmers should have access to farming technologies and equipment to increase productivity.

The BRICS summit addressed the needs of investment in improving the agricultural research and application of information technology to boost up production. Also, the meeting prioritised the areas of the effect of climate change on agri-production, food security and agricultural trade.

The ministers in the BRICS meeting pointed out that information technology can play important role in providing smallholder farmers access to information on prices, weather forecasts, vaccines, financial services and others.

FAO said that it aims to collaborate with the G20, OECD and International Food Policy Research Institute (IFPRI) to ensure technological benefits to the smallholder farmers.

Apart from the agricultural development, BRICS summit addressed that social protection programmes are needed to eradicate the issues of hunger and poverty. They showed the examples of Brazil’s ‘Fome Zero’ and India’s ‘National Rural Employment Guarantee Act’ as playing role in poverty reduction, health benefits and improving income of poor households.

Kadiresan said, “The income from these activities provides not only a higher standard of living, but also a more stable one in many cases. Governments play a key role in encouraging this transformation by investing in rural health and education.”