Cambodia’s milled rice exports up 1.2 per cent in first nine months this year

Cambodia’s milled rice export hit 269,370 tonnes in the first nine months of 2014, up 1.2 per cent from 266,123 tonnes over the same period last year, according to latest official data 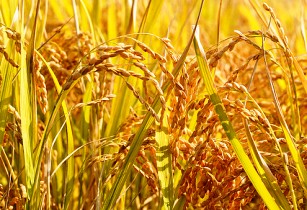 Seventy-seven companies have brokered Cambodian rice for 57 countries and regions around the world, said the data compiled by country’s secretariat of One Window Service for Rice Export.

The five major buyers of the Southeast Asian’s country rice are France, Poland, Malaysia, the Netherlands and China.

“A slight rise in rice exports was due to fierce competitions with other countries’ rice, particularly Vietnam and Thailand,” said Kim Savuth, vice-president of Federation of Cambodian Rice Exporters.

Cambodia had produced 9.4mn tonnes of paddy rice in 2013. With the amount, it has over three million tonnes of milled rice left over for exports this year, sources added.