The Food and Agricultural Organisation (FAO) urged governments, the private sector and other stakeholders to focus on climate-resilient agriculture at the Asia-Pacific symposium which took place on 5 October 2022 in Bangkok, Thailand 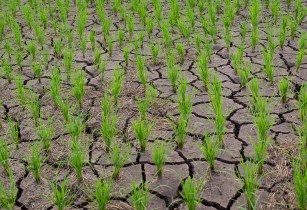 The FAO called for immediate focus on a climate-resilient agricultural system at the Asia-Pacific symposium (Image source: Adobe Stock)

Laying emphasis on the numerous challenges that were driving food insecurity across the Asia-Pacific region, the FAO called for immediate focus on a climate-resilient agricultural system that was capable of adapting to, and recovering from, the devastating impacts of these challenges.

According to the FAO, rising food prices, floods, drought, conflicts, water scarcity, increasing climate-related disasters, and the global pandemic were directly affecting millions of vulnerable people including smallholder farmers and the urban poor. They explained that the region’s agrifood systems were under tremendous strain, given that nearly 60% of global fatalities and 40% of economic losses were experienced by the region due to lower yields. This was a result of the multiple hazards and risks associated with changing rainfall patterns, and pest and disease outbreaks in the region.

In a report published by TEMPO.CO, FAO’s Director-General, Qu Dongyu mapped out four priority areas that required acceleration. The first step included the implementation of social protection systems to provide immediate support to vulnerable groups. The second area of priority was ensuring that family farmers had affordable access to seeds and fertilisers, working capital and technical assistance, and links to markets. Thirdly, facilitating trade in agricultural products and inputs would prevent further disruptions in food production. Lastly, investing in climate-resilient agriculture would help address and reverse the effects of climate change.

Qu Dongyu also warned that failing to accelerate the transformation of agrifood systems would result in the worsening of malnutrition and environmental degradation. He further pointed out that achieving the Sustainable Development Goals (SDG’s) would only be possible if the collective will to defeat hunger would stand as a priority.