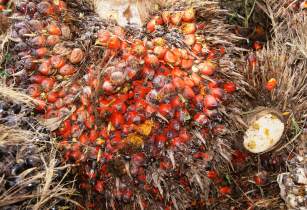 Malaysia, second-ranked palm oil producing and exporting country, will import a duty of 4.5 per cent on shipments of the vegetable oil. Palm oil tariffs are set every month.

The country had suspended export duties on palm oil in September last year in an effort to support prices by boosting exports and shrinking domestic stocks.

According to reports, the return of export tariffs has provoked concerns over reduced competitiveness for palm oil, at a time of bumper supplies of rival vegetable oil soyoil, after a succession of strong harvests in South America and the US.

World soyoil production will rise by 2.4mn tonnes to a record 47.4mn tonnes in 2014-15, according to the US department of agriculture.

Edward Hugo, analyst at broker VSA Capital, said that it was clear that exports were in trouble and the removal of export tariff has not done much to improve the situation.

Hugo added, “Domestic processing should benefit as producers would rather send palm oil to refiners and avoid export tax.”

Indonesia, world’s largest palm oil producer, has retained its tariff-free export policy, implying that Malaysian exporters would have to struggle to compete.