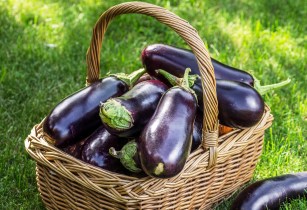 A statement by the University of the Philippines Los Baños (UPLB) announced that Philippines had officially granted regulatory approval for the commercial cultivation of Bt eggplant, becoming the second country after Bangladesh to approve the splicing of a pest-resistant gene taken from the Bacillus thuringiensis (Bt) bacterium into the well-known vegetable

The Bt eggplant which was first developed in India contains a natural protein from the soil bacterium Bacillus thuringiensis (Bt), which makes it resistant to the eggplant fruit and shoot borer (EFSB), known to be the crop’s most devastating insect pest. The Philippine Council for Agriculture, Aquatic, and Natural Resources Research and Development (PCAARRD) mentioned that Bt protein was in fact safe for humans, animals and other arthropods since it was highly specific to the EFSB larvae.

It is important to note that Bt eggplant, although developed in India, is banned in the country. The commercial cultivation of Bt cotton, that uses genes from the same bacterium to resist the bollworm pest however, is allowed. Last year in the Philippines, the Department of Agriculture had approved the use of Bt eggplant as animal feed. Hence, the approval of the genetically modified vegetable for commercial use has followed shortly after. In 2013, Bangladesh became the first country to approve the use of Bt eggplant.

A report published by SciDevNet quoted Lourdes Taylo, who led the Bt eggplant studies at UPLB, stating that the core objective of developing the genetically modified vegetable was to maximise growers’ productivity by increasing marketable yield while also ensuring safe harvest for consumers.