Vietnam chalks out plan to draw investors to agriculture 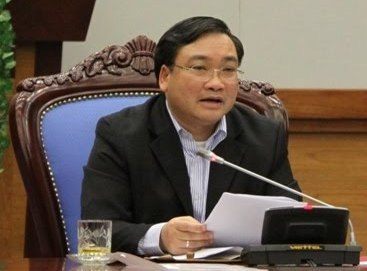 Speaking at a meeting organized by the Ministry of Agriculture and Rural Development (MARD) to discuss policies to improve the agriculture sector during the period 2012-2015, Hai said more cooperation was needed from people to achieve targets set for 2012-2015, particularly between enterprises and farmers to promote production and sustainability.
Cao Duc Phat, Minister of Agriculture and Rural Development, said although the agricultural sector faced many difficulties, the country yielded 41.5 million tons of rice in 2011, an increase of 1.5 million compared to last year. Vietnam can now guarantee food security within the country and meet its target for export of over 7 million tons of rice per year.
Hai asked the sector to develop plans of action to cope with climate change which is negatively impacting agricultural production and rural development. He said the sector also faces other challenges, including epidemics, low productivity, poor infrastructure and low incomes for farmers, which must be overcome to ensure sustainable development.
The Deputy PM said that MARD should examine its list of priority projects that need investment and call for capital from other economic sectors. He also suggested that aquaculture projects follow the public-private partnership (PPP) model to attract more investment capital.
Delegates proposed raising agro-forestry-fishery exports in 2012 to US$28 billion, US$3 billion more than the 2011 target, and prioritizing capital for dyke and dam reinforcement projects.
Cao Duc Phat reported that in 2012 the sector has set targets to achieve a growth rate of 2.3-2.6 percent, exporting 6.5-7 million tonnes of rice, earning US$24 billion from exports and raising the national forest coverage to 40.5 per cent.