Vietnamese company to expand banana farming for export to China 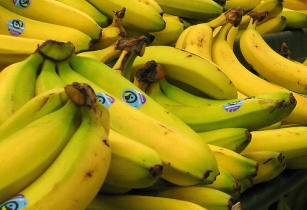 China has a demand for 15mn tonnes of bananas per year. (Image source: Shumpei Sano/Flickr)

The company is expected to invest about US$42mn in the project.

According to HAGL, most of the bananas will be exported to China by ship or road. The initiative is in line with Vietnam’s aim to increase the export business of its agricultural products.

China has a demand for 15mn tonnes of bananas per year. Doan Nguyen Duc, CEO of HAGL Agrico, said that with the recent move, the company is expected to supply about 240,000 tonnes.

Apart from China, Duc also hopes to shift 20 per cent of the company’s banana exports to South Korea and Japan, as reported by VnExpress International.

HAGL aims to harvest more than 106,000 tonnes of bananas and earn revenues of about US$73mn and US$42mn in gross profit this year, said the source.

With about 13,500 ha of farmlands in Vietnam, Laos and Cambodia, HAGL is also a major producer and exporter of dragon fruit and chilli in the region.

In 2016, the company’s fruit, banana, chili and dragon fruit crops fetched revenues of US$71mn, accounting for around 49 per cent of HAGL’s total revenues.