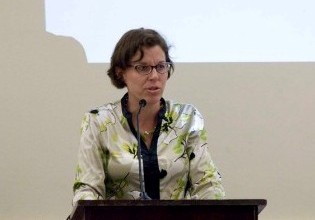 “Charlotte is eminently qualified to be the next leader of our industry. She has dedicated her career to food production and understands fully the value of fertilizers,” Doyle said.
Hebebrand was selected after a thorough international search process during which over 410 profiles were considered.

Charlotte Hebebrand is the current chief executive officer of the International Food and Agricultural Trade Policy Council (IPC), a think tank based in Washington, DC working on promoting a more open and equitable global food system and composed of a diverse mix of distinguished international agricultural trade experts.

Prior to this role, Hebebrand held positions at the European Commission and the Brookings Institution. Hebebrand will start working at IFA’s office in Paris on September 1, 2012. She will work together with Maene for four months before assuming the position of director general on January 1, 2013.

Maene has been director general of the International Fertilizer Industry Association since 1987, following an FAO assignment of seven years in Asia and the Pacific. During his tenure, IFA’s membership expanded dramatically adapting to changes in global market dynamics and involving new players, in particular in Asia, according to Doyle.