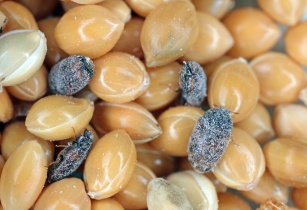 Head of biosecurity, Andrew Tongue said that the new measures included the approval of an alternative to methyl bromide fumigation, in line with the global move to find more environmentally friendly options.

Tongue further added, “Khapra beetle is Australia’s number two national priority plant pest and the number one plant priority pest for grains. It is not present in Australia, but it is a highly invasive pest that poses a major threat to Australia’s grains industry, with an outbreak estimated to cost US$15.5bn to Australia over 20 years.”

According to the Australian government, 80% of the country’s grain exports would be at risk if khapra were established in the country. It also said that in the last twelve months, there has been a concerning increase in khapra beetle interceptions detected at the border, including in situations where it has hitchhiked on sea containers rather than in the imported goods.

“Whilst the khapra beetle urgent actions are being conducted for biosecurity purposes, we are committed to providing alternative treatment options where we can. Australia is committed to the Montreal Protocol on substances that deplete the ozone layer, which requires the phase out of methyl bromide for applications other than biosecurity and pre-shipment purposes,” Tongue said.

The department of agriculture said that after extensive research, it has approved controlled atmosphere treatments as a new, provisional phytosanitary treatment that can be used as an alternative to methyl bromide fumigation.