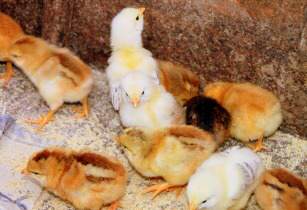 The global animal feed additives market is expected to reach US$19.54bn by 2020, with the Asia Pacific expected to be the fastest growing market as it will grow at a CAGR of 4.2 per cent over the next five years

According to Grand View Research’s latest study, the outbreak of various diseases such as swine flu and foot and mouth disease in the past decade have led to increased regulations on meat quality and safety. This has spurred the use of feed additives.

In the years to come, raw materials and product cost concerns, especially over specialty products like enzymes, acidifiers and trace minerals is likely to be an issue for market participants, revealed the report.

Among the additives that are popular, amino acids have emerged at the top of the list with a 31.2 per cent share in market revenue. Amino acids comprise lysine, methionine, tryptophan and threonine, and are essential for the growth of animals especially swine and poultry. Industrial lysine is also known to have more advantages over its natural substitute (soybean). Following amino acids were antibiotics, which accounted for 26.8 per cent of the revenue. Though they have been banned in the USA and Europe, they are expected to fare well in Asia and Latin America – considered unregulated markets.

Poultry has emerged as the leading livestock that consumes feed additives and accounted for 38.2 per cent of total market revenue in 2012. Growing preference for white meat, especially in India and China, is expected to drive poultry feed additive demand over the next six years. Poultry along with being the largest livestock is also expected to be the fastest growing livestock consuming feed additives at an estimated CAGR of 4.2 per cent from 2014 to 2020. Pork/swine followed poultry, accounting for more than 30 per cent of the total market revenue in 2012.

Four major additive manufacturers are expected to continue their dominance in the market. DSM, BASF, Evonik and Danisco accounted for more than 60 per cent of the global animal feed additives market in 2012. Some of the other companies operating in the global market include Elanco, Novozymes, Kemin Industries, Novus International and Cargill.