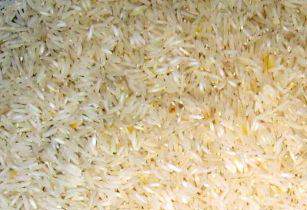 China has donated 5,400 metric tonnes of rice worth more than US$8mn to Zimbabwe to help alleviate food shortages in the African country

Zimbabwe’s public service, labor and social welfare minister Prisca Mupfumira said that the rice, coming at a time when the country has experienced a poor 2014/15 agricultural season, would go a long way in alleviating food shortages in the country.

“The government of Zimbabwe is very grateful to China for the donation which will go a long way in alleviating food shortages among the vulnerable communities,” she added.

According to Chinese Embassy Charge d’ Affaires Cui Chun, the donation testified the strong bilateral ties between both countries, especially in the area of food security and agriculture.

“China fully understands the importance of agriculture for Zimbabwe, and is more than willing to support Zimbabwe in its efforts to increase food production and attain food security,” noted Chun.
He said that China attached great importance to agriculture, and had seen its agricultural cooperation with Zimbabwe rising significantly in recent years.

Zimbabwe is one of the largest recipients of Chinese aid in Africa. The Asian country has provided over US$1.5bn worth of concessionary and commercial loans to Zimbabwe in recent years, according to the Chinese official.