Global food prices on down trend after December fall 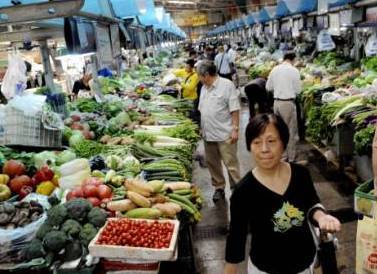 The decline was driven by sharp falls in international prices of cereals, sugar and oils due to bumper 2011 crops coupled with slowing demand and a stronger US dollar. Most commodities were affected.
However, although prices dropped steadily in the second half of 2011, the Index averaged 228 points in 2011 — the highest average since FAO started measuring international food prices in 1990. The previous high was in 2008 at 200 points.
Commenting on the new figures, FAO Senior Grains Economist Abdolreza Abbassian said that it was difficult to make any firm prediction on price trends for the coming months.
“International prices of many food commodities have declined in recent months, but given the uncertainties over the global economy, currency and energy markets, unpredictable prospects lie ahead,” Abbassian said.
Among the principal commodities, cereal prices registered the biggest fall, with the FAO Cereal Price Index dropping 4.8 per cent to 218 points in December. Record crops and an improved supply outlook sent prices of major cereals declining significantly. Maize prices fell 6 per cent, wheat 4 per cent and rice 3 per cent. In 2011, the FAO cereal price index averaged 247 points, up some 35 per cent from 2010 and the highest since the 1970s.

The FAO Oils and Fats Price Index stood at 227 points in December, down 3 per cent from November and well below the level of 264 points one year ago. Larger than expected overall supplies of vegetable oil led to a rise in stocks (notably palm and sunflower oil), which, together with poor global demand for soybeans, deflated prices.
The FAO Meat Price Index averaged 179 points, slightly down compared with November. The decline was mainly driven by pig meat, whose price dropped by 2.2 per cent, with sheep meat also receding somewhat. By contrast, poultry and bovine meat prices recorded mild gains. On an annual basis, meat prices in 2011 were 16 per cent higher than in 2010.

The FAO Dairy Price Index averaged 202 points, almost unchanged from November. All dairy products were up slightly with the exception of butter, which dropped by 1 percent. Over the whole year, dairy products were on average 10 percent dearer than in 2010, with particularly strong gains witnessed for skim milk powder and casein, which gained 17 percent each. More modest increases were seen for butter and whole milk powder prices, which progressed by 11 percent, and cheese, by 8 percent.

The FAO Sugar Price Index declined for the fifth consecutive month to 327 points in December, down 4 percent from November and 18 per cent from its July 2011 peak. The Index’s weakness in recent months mostly reflects expectations of a large world production surplus over the new season, on the back of good harvests in India, the European Union, Thailand and the Russian Federation.