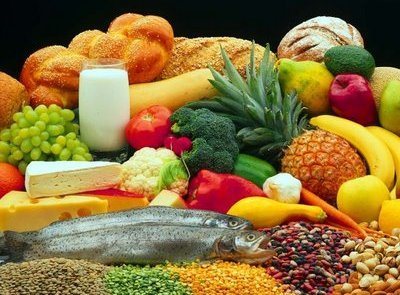 World food prices in March remained almost unchanged from their February levels, according to the latest FAO Food Price Index. The Index averaged 216 points in March, compared to 215 in February

Among the various commodity groups, only oils prices showed strength, whereas dairy prices fell.
The FAO Cereal Price Index averaged 227 points in March, up 1 point from February. Maize prices registered some gain, supported by low inventories and a strong soybean market, but wheat changed little as supplies remained ample. After several months of declines, prices of rice recovered somewhat in March, underpinned by large purchases by China and Nigeria.

The FAO Oils/Fats Price index rose in March to 245 points, up 6 points or 2.5 percent from February, as markets reacted to the prospect of growing tightness in the 2011/12. Weak growth in world palm oil production and limited global soy oil export availabilities combined with declining rapeseed production contributed to the rise in oils prices.

The FAO Meat Price Index averaged 178 points in March, up marginally from  the previous month, sustained by a slight rise of bovine meat price but still reaching an all time high. Prices of pig meat and sheep meat changed little, while they weakened in the case of poultry amid slowing import demand and generally ample export availabilities. On average, meat prices in the first quarter were 3.5 percent higher than last year.

The FAO Dairy Price Index averaged 197 points in March, down 5 points or 2.5 percent from February and registered the lowest level since August 2010. All the dairy products showed weakness last month, in particular butter, as well as skim milk powder and casein. Since reaching record levels in March 2011, dairy prices have followed a downward trend, as supplies rose in Oceania, Europe and North America. As a result, prices in the first quarter were 12 percent lower in 2012 than last year.

The FAO Sugar Price Index averaged 342 points in March, and remained unchanged from February but was 30 points or 8 percent lower than in March 2011. Overall, sugar prices were volatile, as the market looked for direction ahead of the beginning of the new season in Brazil, the world's largest sugar producer and exporter. India, the EU and Thailand, have all reported increased output, which contributed to keeping prices below their high levels of last season.

The forecast for world cereal carryover stocks in 2012 has been raised by 1 million tonnes over the previous month to 519 million tonnes.  Much of the upward revision relates to expectations of higher rice inventories.