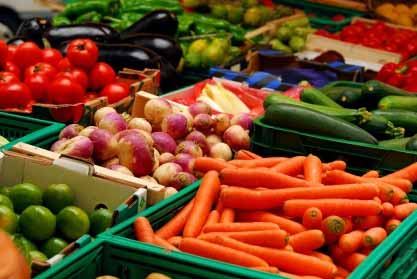 Prices of all the commodity groups in the index registered gains last month with oils increasing the most, followed closely by cereals, sugar, dairy products and meat. At its new level of 214 points, the index stood 7 per cent lower than in January of last year, however.
“There is no single narrative behind the food price rebound – different factors are at play in each of the commodity groups,” said Senior Grains Economist Abdolreza Abbassian. “But the increase, despite an expected record harvest and an improved stocks situation, and after six months of falling or stable prices, highlights the unpredictability prevailing in global food markets,” he added.
“I can’t see that the usual suspects – the value of the dollar and oil prices – were  much involved in January. But one reason is poor weather currently affecting key growing regions like South America and Europe. It has played a role and remains a cause for concern,” he concluded.
The FAO Cereal Price Index averaged 223 points in January, up 2.3 per cent (5 points) from December. International prices of all major cereals with the exception of rice rose, with maize gaining most, 6 per cent. Wheat prices also gained, though less significantly.
Prices mostly reflected worries about weather conditions affecting 2012 crops in several major producing regions. Fears of decline in export supplies in the Commonwealth of Independent States also played a part.
The FAO Oils/Fats Price Index rose to 234 points in January, up 3 per cent (6 points), from December. Firming import demand for palm and soy oils, combined with a seasonal decline in palm oil production were the main driving forces behind the increase.
According to FAO’s latest forecast world cereal production in 2011 is expected to be more than sufficient to cover anticipated utilization in 2011/12. Production is expected to reach 2 327 million tonnes – up 4.6 million tonnes from the last estimate in December. That would be 3.6 percent more than in 2010 and a new record.
Cereal utilization in 2011/12 was lowered slightly from December, to nearly 2,309 million tonnes, but still 1.8 per cent higher than in 2010/11. That would put cereal ending stocks by the close of seasons in 2012 at 516 million tones, 5 million tonnes up on FAO’s last forecast.
The FAO Meat Price Index averaged 179 points, half a per cent (1 point) above its December value. Prices of the various meat types followed mixed directions, with pig meat up 2.8 per cent on expectations of strong imports by China and poultry down by one percent.
The FAO Dairy Price Index averaged 207 points in January 2012, up 2.5 per cent (5 points) from December.
The FAO Sugar Price Index rose to 334 points in January, up 2.3 per cent (7.4 points) from December, but still 20 per cent  (86 points) lower than in January last year. The increase was largely driven by less than favourable weather conditions in Brazil, the world’s largest producer and exporter.