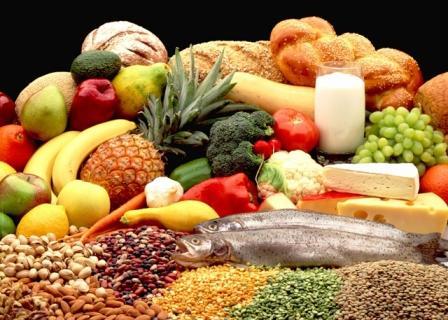 Higher food prices and volatility in commodity markets are here to stay, according to a new report by the OECD and FAO.

The OECD-FAO Agricultural Outlook 2011-2020 says that a good harvest in the coming months should push commodity prices down from the extreme levels seen earlier this year. However, the Outlook states that over the coming decade real prices for cereals could average as much as 20 percent higher and those for meats as much as 30 percent higher, compared to 2001-10. These projections are well below the peak price levels experienced in 2007-08 and again this year.
Higher prices for commodities are being passed through the food chain, leading to rising consumer price inflation in most countries. This raises concerns for economic stability and food security in some developing countries, with poor consumers most at risk of malnutrition, the report says.
"While higher prices are generally good news for farmers, the impact on the poor in developing countries who spend a high proportion of their income on food can be devastating," said OECD Secretary-General Angel Gurría.
"That is why we are calling on governments to improve information and transparency of both physical and financial markets, encourage investments that increase productivity in developing countries, remove production and trade distorting policies and assist the vulnerable to better manage risk and uncertainty."
FAO Director-General Jacques Diouf said: "In the current market context, price volatility could remain a feature of agricultural markets, and coherent policies are required to both reduce volatility and limit its negative impacts", noting that "the key solution to the problem will be boosting investment in agriculture and reinforcing rural development in developing countries, where 98 percent of the hungry people live today and where population is expected to increase by 47 percent over the next decades."
Action should focus in particular on smallholders in low-income food-deficit countries, he added.

G20
The Outlook reinforces the core messages for mitigating and managing price volatility in a recent inter-agency report to the G20, Price Volatility in Food and Agriculture Markets: Policy Responses, coordinated by FAO and OECD on behalf of ten international organizations.
The report suggests, among other things, that G20 countries take steps to boost agricultural producitivity in developing countries, reduce or eliminate trade-disorting policies and establish a new mechanism to improve information and transparency on agricultural production, consumption, stocks and trade.

Fisheries
The Outlook, which covers fisheries for the first time, sees global agricultural production growing more slowly over the next decade than in the past 10 years. Farm output is expected to rise by 1.7 percent annually, compared to the 2.6 percent growth rate of the past decade. Despite this slower growth, production per capita is still projected to rise by 0.7 percent annually.
Per-capita food consumption will expand most rapidly in Eastern Europe, Asia and Latin America, where incomes are rising and populations growth is slowing. Meat, dairy products, vegetable oils and sugar should experience the highest demand increases, according to the report.
Global production in the fisheries sector is projected to increase by 1.3 percent annually to 2020. This is slower than growth over the previous decade, due to reduced or stagnant capture of wild fish stocks and lower growth rates in aquaculture, which underwent a rapid expansion over the 2001-2010 period.