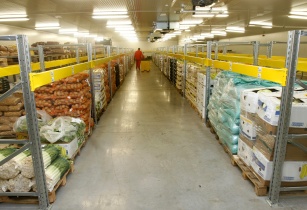 The trade valuation of Japanese agriculture, forestry and seafood exports has surpassed the 1 trillion yen threshold (US$8.7bn) for the first time this year according to the country’s chief cabinet secretary Hirokazu Matsuno

In 2006, the Japanese government had set a target of increasing food exports to reach 1 trillion yen (US$8.8bn) by 2013. The target was achieved only eight years later, the delay largely contributed by slowed economic growth and very recently, due to the global pandemic.

Export values in 2021 summed up to 1.06 trillion yen (US$14bn). Matsuno said that this was a "result of the combined efforts of government agencies to promote exports."

"We want to promote the growth of the agriculture, forestry and fishery industries by incorporating demand from overseas markets and stimulate regional economies," Matsuno said.

According to the Ministry of Agriculture, Forestry and Fisheries (MAFF) the export was driven by was robust shipments of beef and native to Japan alcoholic beverages such as sake amid an economic recovery in the large economies of the United States and China.

The published data for exports of agriculture, forestry and fisheries products including timber and pearls show their value came to US$8.7bn between January and October. The Finance Ministry said that the value of food exports in November 2021 was US$791mn.