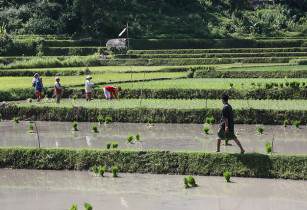 Ongoing floods in Myanmar have damaged paddy fields and impacted aquaculture operations, as authorities are on a deadline to do damage control

According to the government, more than 1.3mn people have been affected critically. The Irrawady river levels are rising and further rain is expected in the weeks to come, said local reports.

More than 1.4mn acres of paddy was flooded, according to the Ministry of Agriculture and Irrigation. The crops in over 500,000 acres of land has been destroyed. Nearly 4,500 animals and around 11,000 acres of aquaculture operations have been affected, in addition to the damage to paddy fields, stated the Ministry of Livestock, Fishery and Rural Development. Areas such as Rakhine, Sagaing and Magwe in the north and west of Myanmar have been the most affected.

With water levels in fields receding, farmers can assess the extent of damage to their crops and seed stocks as the end of planting season nears. If damage control isn’t done, farmers could lose out on making profits this season.