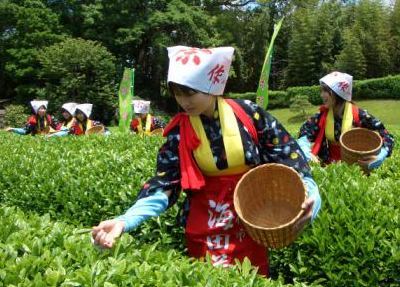 Early forecasts for 2012 indicate continuing firm prices for tea, which averaged US$2.85 per kg in 2011, according to FAO’s Intergovernmental Group on Tea

Meanwhile, world tea production increased by 4.2 per cent to 4.1 million tonnes in 2010. Black tea output increased by 5.5 per cent in response to record prices while green tea output increased by 1.9 per cent. China remained the world’s largest tea producing country with an output of 1.4 million tonnes and a 33 percent share of the world’s total.
The Group said its review of the world tea market indicates an improvement in the fundamental oversupply situation seen in recent years, with supply and demand coming into greater balance at prices higher than over the last decade.  But that trend will not continue if growers over-react to current firm prices, it warned.

Looking ahead to the next ten years, the Group estimated that world black tea production will grow at almost 1.9 per cent annually to reach 3.28 million tonnes by 2021 and also come into equilibrium with demand at a price of US$2.75 per kg – just under the current price.
FAO calculates its world composite tea price on the basis of the weighted average prices for black tea realized in the world market’s major tea auctions.
The projected production growth rate for black tea at 1.87 per cent is slightly lower than the 1.99 per cent annual growth averaged over the previous decade. Tea consumption is set to grow at 1.8 per cent per annum and reach 3.36 million tonnes in 2021.