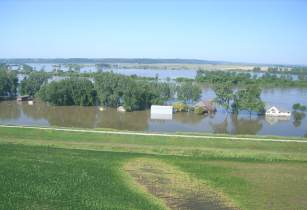 The country’s agriculture department stated that around 277,060 hectares of land in Ilocos, Cagayan Valley, Central Luzon and Cordillera were affected. Ninety per cent of 386,000 metric tonnes lost in crop production is rice, worth nearly US$114mn. Other losses include 5,600 metric tonnes of corn and 21,800 metric tonnes of high-value crops including vegetables.

Agriculture department under secretary Emerson Palad announced that a directive has been sent out to release rice and corn seeds so damaged farms can be replanted without delay.

Aside from agriculture, livestock was affected in the typhoon as well, amounting to losses od around US$11,100.

However, the agriculture department stated that the El Nino has had a far more devastating effect on agriculture. A local report in the Inquirer has said that seven provinces in Luzon continue to suffer drought conditions despite the heavy rain brought by Typhoon Lando.