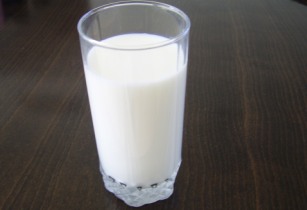 The UN Food and Agriculture Organization released a statement on 5 December in regards to Asia's dietary epidemics; obesity and vitamin and mineral deficiencies stating that dairy products, such as milk, may have a significant effect on nutrition but the fight against hunger in Asia is starting to slow

One of the UN's Millenium Goals to defeat hunger is slowing down in the Asia Pacific region while those in cities are not recieving enough vitamins and minerals as diets are changing drastically. These are the results of the FAO’s 2016 Asia and the Pacific Regional Overview of Food Insecurity – Investing in a Zero Hunger Generation which can be viewed here.

Asia's nutrition has improved dramatically over the last quarter of a century, but there are still millions who go hungry. But as more and more move from the countryside into cities, diets are changing from rice dominated to Westernised diets with more meat, fruit and vegetables. This leads to a reduction in minerals and vitamins as well.

The UN Sustainable Development Goal was to half the number of people who are undernourished in the world by 2030. As it stands, 12 per cent of Asia's population still go hungry.

“The analysis in this report is an eye-opener and a wake-up call to all of us here in Asia and the Pacific" said Kundhavi Kadiresan, UN Food and Agriculture Organization’s assistant director general.

With greater political stability and more mechanised and modern farming techniques, undernourishment rates halved in Asia from 24.3 percent to 12.3 percent in the past 25 years, satisfying one of the U.N.’s Millennium Development Goals, the report said. However, there is evidence that this rate is slowing and the FAO is warning against this.

Thailand is not experiencing such issues, and the UN Food and Agriculture Organization are like this to the significant amount more milk that is drunk and the National Milk Program that was introduced in schools.

In addition, small farm owners producer 80 per cent of milk in Asia so the benefits of greater consumption would hope to benefit many more than just the drinkers of milk and consumers of other dairy products.

The report says that the dairy industry is a potential “engine of poverty-alleviating growth” with these additional economic benefits.

“Policy-makers need to ensure that the region’s small-holder dairy farmers — the largest segment of dairy producers — can have fair access to, and compete in, the marketplace,” Kadiresan said.