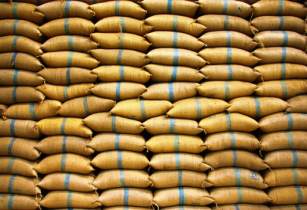 Vietnam has generated a revenue of around US$875mn from shipping nearly 2.1mn tonnes of rice in the first five months of 2015, according to the Viet Nam Food Association (VFA)

However, the VFA recorded year-on-year (YoY) declines of 10.7 per cent in volume and 13.6 per cent in value for rice exports.

In May 2015 alone, the volume of rice exports posted a monthly decrease of 19 per cent, mainly as a result of pressure to sell inventory and low-quality rice stemming from Thailand and India, the Nhan Dan newspaper quoted the source as saying.

The reasons reported for the decline are China’s adjustments to its import quota policies and limited transactions, even across the border and the selling of rice in stock from Thailand and India.

Asia remains the largest continent to import rice from Vietnam, having purchased some 1.45mn tonnes of the product and accounting for more than 69 per cent of the country’s rice export value, followed by Africa and the Americas.

Last month, Vietnam secured a number of important contracts with key markets such as the Philippines, Malaysia and Cuba, while increasing its market share in the Pacific countries and Africa.