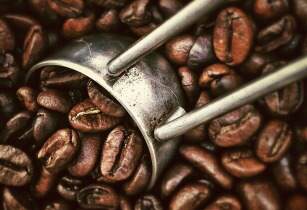 Vietnam’s Aroma and Intensity coffees, produced by Sobica Joint Stock Company, have been awarded at the first international roasted coffee competition in France

The award ceremony was held in Paris on 12 June by the French Association for the Valorisation of Agricultural Products (AVPA) and the International Coffee Organisation. The competition was aimed at encouraging coffee producers around the world to increase the added value of their products, said AVPA president Philippe Juglar.

While Aroma coffee was a blend of the best three Arabica strains in Vietnam, Intensity coffee was a mixture of Da Lat Arabica and Buon Ma Thuot Robusta, she added.

The company worked with its partners to determine a roasting technique that enhances the flavour of the coffee, she noted.

Vietnam has total 614,545ha under coffee cultivation, 92 per cent of which is located in the Central Highlands. Every year, the country exports one million tonnes of coffee beans, generating an export turnover of more than US$3.4bn.

Statistics from the Vietnam’s general department of customs showed that the coffee export turnover in April was US$225mn, bringing the total to US$968mn in the first four months of the year.