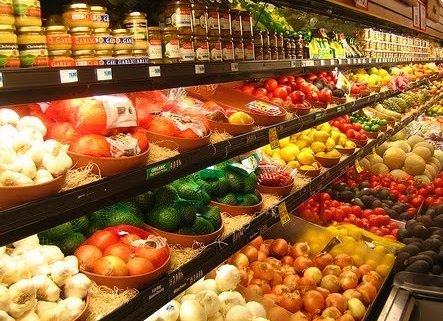 Global food prices measured by the FAO Food Price Index fell three points or 1.4 per cent from March to April 2012 but seem to have stabilized at a relatively high level of 214 points.

The fall was the first after three consecutive months of increases and although the index is significantly down from its record level of 235 points in April 2011, it is still well above the figures of under 200 which preceded the 2008 food crisis.

The index was published in the latest FAO Food Outlook, a global market analysis which comes out twice a year. It noted that the prospects for the second half of this year and into the next indicate generally improved supplies and continuing strong demand.

Consequently the global food import bill in 2012 could decline to US$1.24 trillion, down slightly from last year’s record of US$1.29 trillion Food Outlook said.

The forecast for cereals production was for a modest expansion in 2012 to a new record of 2,371 million tonnes compared to 2,344 million tonnes in 2011.

However, within the cereals sector, wheat production in 2012 is anticipated to fall by 3.6 percent compared to 2011, to 675 million tonnes, with the largest declines forecast for Ukraine, followed by Kazakhstan, China, Morocco and the EU. The expected decrease coincides with prospects of a slight reduction in total wheat utilization in the 2012/13 marketing season.

Lower wheat output is offset by a record coarse grains production of 1,207 million tonnes anticipated in 2012, compared to 1,164 million tonnes in 2011 – itself a record year.  But the increase, expected to follow a sharp rise in plantings in the United States, is unlikely to be sufficient to ease current market tightness because of the very low level of opening stocks, with consequent, continuing pressure on prices.

Rice production is expected to grow 1.7 per cent in 2012 to 488 million tonnes, but slackening import demand and the return of India as a major exporter are keeping prices down. World rice production this year is expected to exceed demand for the eighth consecutive year.

After two seasons of relatively ample supplies, in 2011/12 the market for oilseeds and derived products is set to tighten again. Global oilcrop production will not be sufficient to satisfy growing demand for oils and meals. Global soybean production is estimated to decrease by almost 10 percent, one of the steepest year-on-year falls on record. With oilcrops other than soybeans only partly compensating for the shortfall, total oilcrop production should drop to a three-year low, down 4 percent from last season. International prices for oilcrops and derived products, which have risen sharply since January, are therefore likely to stay firm.

World sugar output in 2011/12 is set to increase by close to 8 million tonnes, or 4.6 percent over 2010/11, reaching nearly 173 million tonnes. For the second consecutive year, production is anticipated to surpass consumption, with a surplus expected of some 5.4 million tonnes helping to rebuild relatively low stock levels.

The growth in sugar output is attributed to significant expansion in area and input use, prompted by strong international sugar prices and better weather. A fall in production in Brazil, the world’s largest producer, is expected to be offset by increased production in other major producing countries, including Thailand and India.

Driven exclusively by gains in poultry and pigmeat production, global meat output is set to expand by nearly 2 per cent to 302 million tonnes in 2012. Most of the sector growth is likely to originate in developing countries. An ongoing struggle for markets is expected to intensify in 2012 as increased production in key importing countries slows down global meat trade expansion. This, combined with limited supplies in developed exporting countries, is shifting international market shares towards developing countries, in particular Brazil and India.

World milk production in 2012 is forecast to grow by 2.7 per cent to 750 million tonnes. Asia is expected to account for most of the increase, but higher output is anticipated in most regions. World trade in dairy products is expected to continue expanding in 2012. Demand remains firm, with imports anticipated to reach 52.7 million tonnes of milk equivalent. Asia will continue to be the main market, followed by North Africa, the Middle East, and Latin America and the Caribbean.

Sustained demand for fish and fishery products is boosting aquaculture production worldwide and pushing prices higher, despite some consumer resistance in the more traditional markets in southern Europe. Overall production for the year is expected to grow by 2.1 percent to 157.3 million tonnes, thanks to a 5.8 per cent increase in aquaculture output that more than offset a small decline in capture fisheries following limitations on catches of small pelagic species in the Pacific.