Cambodia to focus on food processing and exports 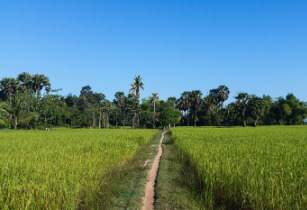 The new framework for agriculture will boost exports of processed food from Cambodia. (Image source: kolibri5/pixabay)

Building up food processing capacity and smoothing out export logistics are among the key aspects of the new framework. Ty Sokun, secretary of state at Ministry of Agriculture, said that the framework aims to diversify the country’s manufacturing sector and will support the 10-year plan launched in March this year.

“We have more than four million tonnes of paddy rice surplus but can export less than the one million tonnes of rice that we aimed for. That is why we need to increase our processing capacity, storage, distribution and marketing,” he said.

Sokun added that several ministries are now preparing frameworks to support the IDP, and that when it came to the agro-industrial supply chain, the framework will try to increase productivity as well as diversify the country’s agricultural products.

The Cambodian government is aiming for agribusiness to make up 30 per cent of the country’s GDP by 2025, up from 24 per cent in 2013. In an attempt to wean the country off its reliance on cheap garment production, exports of processed food are expected to make up 12 per cent of total exports by 2025.

Independent economist Srey Chanthy cautiously welcomed the government’s new framework. “Its effectiveness may be lacking on the production side of the coin, as dealing with farmers and producers seem to be overlooked,” he said. “It will add value to the agricultural sector, create jobs, promote economic growth, and if properly implemented, it could contribute to faster reduction in rural poverty and slow down rural-urban and overseas migration,” he added.

Deputy Prime Minister Keat Chhon has said that the agricultural industry has huge potential and is among the government’s top five priority sectors.