The Bill and Melinda Gates Foundation is providing funds worth US$32.7mn for the production of the third phase of International Rice Research Institute (IRRI)'s stress tolerant rice for Africa and South Asia (STRASA) over a period of five years 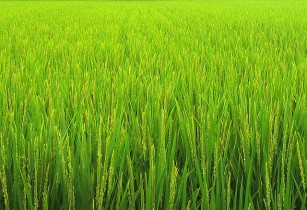 STRASA was initiated seven years ago and the first two phases was funded with US$20 million. (Image source: Christopher Lance/Flickr)

IRRI has been developing various varieties of 'smart rice' over the last few years, which have been accessed by 10mn farmers, mainly in Africa and South Asia. According to the Philippines-based organisation, majority of the 10mn are among the world's poorest and most disadvantaged.

STRASA was initiated seven years ago, and the first two phases were funded with about US$20mn.
In mid-May 2014, over 250 participants from South Asia and Africa held STRASA’s inception and planning meeting in New Delhi, India, where agriculture secretaries from India, Bangladesh and Nepal joining the opening session.

Among the climate-smart rice varieties developed by IRRI is Swarna-Sub1- a flood tolerant variety bred from a popular Indian variety, Swarna. Climate-smart rice varieties are made to especially thrive in environments affected by flooding, drought, cold temperatures, and soils that are too salty or contain too much iron that leads to iron toxicity.

Partners of the project responsible for each of its major objectives—drought, submergence, salinity or sodicity, and seed multiplication and dissemination—will report on their respective progress in the first two phases and plan for the third.

Abdelbagi Ismail, IRRI scientist and STRASA project leader, said, “Under the past phases of the project, 16 climate-smart rice varieties tolerant of flood, drought, and salinity were released in various countries in South Asia; about 14 such varieties were released in sub-Saharan Africa. Several more are in the process of being released."

The project has also influenced regional policies through enhanced cross-border sharing of information. This has helped facilitate the faster release of climate-smart varieties and the broader sharing of seeds in Asia and sub-Saharan Africa, especially among poor farmers who are most affected by climate change.

“An estimated 140,000 tonnes of seed of such varieties were produced between 2011 and 2013. These seed releases are estimated to have reached over ten million farmers, covering over 2.5 million hectares of rice land.” said Ismail. This is double the initial target of 5 million farmers reached.

IRRI collaborates with more than 550 partners in getting climate-smart rice varieties to farmers in South Asia and Africa. These partners include national agricultural research and extension programs, government agencies, non-government organizations, and private sector actors, including seed producers.