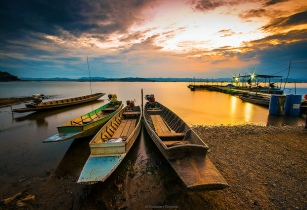 The EU regulation to prevent, deter and eliminate illegal, unreported and unregulated fishing (IUU) entered into force on 1 January 2010. Prior to the regulation, an estimated US$1.25bn of illegal fish entered the EU each year.

Nath Chabchai, deputy director general of the marine department of Thailand, said, “Thailand has stepped up the issuance of preventive and repressive measures against human trafficking in the form of fishery labour and illegal fishery in recent years.”

The new regulation has been adapted to suit Thailand’s fishing industry and increase the efficiency in monitoring and preventing any illegal practices including a use of forced labour on the country’s fishery vessels, noted Chabchai.