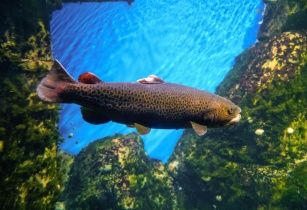 The revision, which has a specific scope on sea lice management, will lead to more robustness in sampling and monitoring and immediate remedy action when needed. This is part of ASC’s commitment to ensure farms are reducing potential impacts on wild salmonid populations while improving fish health and welfare on site.

The potential impact of sea lice on wild salmonid populations as well as farmed fish is an issue for the salmon industry. These concerns have been addressed in the revised requirements under Criterion 3.1 by establishing best practices in managing potential disease and parasite risks linked to sea lice.

A series of significant changes to the previous requirements have also been made. The revised standard requires farms to not only monitor the sea lice species L. salmonis, but to also include the less-researched species Caligus, where applicable (especially British Columbia, Canada). Additionally, to improve consistency of data collection and analysis, the new version establishes a clear sea lice sampling protocol for farms detailing frequency and sample size among other factors. “ASC recognizes the need to continuously improve our standards and finetune the requirements to make sure they deliver the intended positive impact,” said ASC CEO, Chris Ninnes.

While the previous standard set a global limit for maximum sea lice load on farms, the Technical Working Group, which is composed of renowned subject matter experts, concluded that the issue of sea lice threshold is specific to species, population, and geographic regions, and thus needs a regional approach. Sensitive periods and thresholds are now being set according to jurisdictional regulations in each region. In situations where there are neither any limits nor a sensitive period established, ASC will require the use of the most rigorous sea lice limit in effect at that point in time and a sensitive period that reflects evidence of the time during which juvenile salmonids are present.

Similarly, exceedance of sea lice limits in the previous version was not always immediately identified or actioned, depending on audit timings. The new standard however, addresses this gap by requiring farms to inform the Conformity Assessment Bodies (CABs) within one working day if the sea lice limit is reached and take corrective action. If the farm fails to bring sea lice levels below the threshold within 21 days, the ASC certification shall be cancelled, therefore prohibiting farms from selling fish as ASC-certified.

“This new version is not the endpoint either. In fact, going forward, ASC will regularly review established sea lice limits across different regions and update its thresholds where necessary,” said Chris.