A major survey of seafood consumers across seven countries in Europe, Asia and North America has found widespread concern about the environmental and social impacts of food, with two thirds (63 per cent) calling for ‘radical’ or ‘significant’ change to feed the world’s growing population 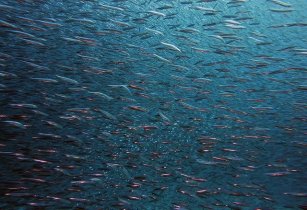 The survey of more than 7,000 seafood consumers in Germany, France, The Netherlands, China, Japan, Canada and the USA was carried out by Globescan on behalf of the Aquaculture Stewardship Council (ASC) in summer 2019. (Image source: joakant/Pixabay)

The survey of more than 7,000 seafood consumers in Germany, France, The Netherlands, China, Japan, Canada and the USA was carried out by Globescan on behalf of the Aquaculture Stewardship Council (ASC) in summer 2019.

While it found variations between countries, especially when it comes to the frequency and way seafood is consumed, support for better protection of the environment and workers when it comes to food production was generally high around the world.

Across the seven countries, 71 per cent of seafood consumers said that supermarkets’ or brands’ claims about sustainability should be clearly labelled by an independent organisation. When it comes to trusted labels, 84 per cent of seafood consumers said they would have trust in the ASC label. Further evidence of this demand for more information is in the 63 per cent who said they wanted to hear more from brands about the sustainability of their products.

Two thirds (62 per cent) said that they want to shop at a place with lots of responsibly produced seafood. This is tied in with a clear wish among the majority of seafood consumers around the world to do their part to improve food production practices and fight other global issues. Two thirds (63 per cent) want to use their purchasing decisions to reward responsible seafood farmers, while a similar amount (64 per cent) want to help fight climate change with their food choices. Social issues are important to seafood consumers, with 69 per cent reporting that it is important that workers in the industry are fairly treated.

“Consumers around the world are very aware of the shared challenges we face when it comes to feeding a global population while preserving our natural resources and protecting those that provide our food,” said Chris Ninnes, CEO of ASC.

Most seafood consumers do not prefer between wild and farmed fish

More than half of seafood consumers around the world (51 per cent) do not have a preference between wild and farmed fish. Similarly, most (69 per cent) either purchase a mix of farmed and wild fish or are unaware of whether their fish is farmed or wild. Of the rest, 14 per cent said they usually bought farmed and 17 per cent wild. Of those who expressed a preference for farmed fish, the top reason given for this preference was that it can help to preserve wild stocks (29 per cent).

Seafood a normal everyday diet for China and Japan

However, Chinese and Japanese consumers were the most likely to say that they consumed seafood every day (16 per cent and 14 per cent of general consumers, compared to a global average of six per cent).

This suggests that in these countries seafood is seen as a normal part of an everyday diet, whereas in Canada and USA it is seen more as an occasional treat. Overall, the survey suggests an enduring popularity for seafood, with more than three quarters (78 per cent) of general consumers saying they had purchased seafood in the past two months.