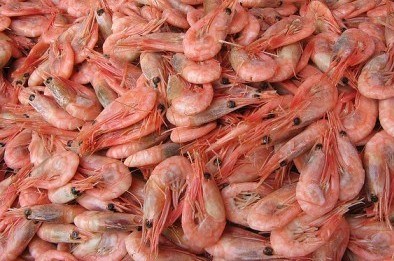 The disease early mortality syndrome (EMS) has caused large losses among shrimp farmers in China, Vietnam, Malaysia and Thailand, according to the coordinator of the Aquatic Animal Health Programme, Network of Aquaculture Centres in Asia-Pacific, Eduardo M. Leaño

The Asia-Pacific region, the top producer of aquaculture products in the world, is continuously beset by emerging aquatic animal disease problems that can cause high mortalities and economic losses among small farmers as well as commercial producers. Over the last couple of decades, diseases such as white spot syndrome, yellowhead disease and Taura syndrome heavily impacted shrimp aquaculture in the region and caused the collapse of the Penaeus monodon industry.

EMS is characterised by mass mortalities during the first 20 to 30 days of culture in growout ponds. Clinical signs of the disease include slow growth, corkscrew swimming, loose shells and pale coloration.

In China, the occurrence of EMS in 2009 was initially ignored by most farmers. But in 2011, outbreaks became more serious, especially at farms with more than five years of culture history and those close to the sea using very saline water. Shrimp farming in

Hainan, Guangdong, Fujian and Guangxi suffered almost 80 per cent losses during the first half of 2011.

In Vietnam, the disease has been observed since 2010, but the most widespread devastation due to EMS has been reported since March 2011 in the Mekong Delta in southern Vietnam. EMS affects the main shrimp production areas of Tien Gang, Ben Tre, Kien Giang, Soc Trang, Bac Lieu and Ca Mau provinces, and a total shrimp pond area of around 98,000 ha.

In Malaysia, EMS was first reported in mid-2010 in the east coast states of Pahang and Johor.

Identifying the primary cause of EMS is important, but until this information is available, increased awareness and preparedness should be implemented by all shrimp-producing countries in the region. Concerned experts, officials and regulatory bodies should formulate ways to prevent the spread and/or occurrence of this disease, says Leaño.

Leaño advises that farmers should cooperate with the concerned agencies by promptly reporting any suspected mortalities among cultured shrimp that display signs of EMS. It is also important that histological examinations be carried out to confirm that suspected occurrences fit the EMS/AHPNS case definition.