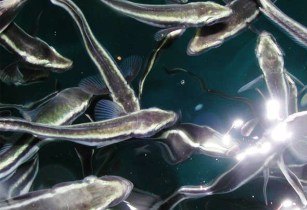 Around 2.5mn fry or newly hatched fish have been released from China’s aquaculture farms into the Yellow River to rebuild population

According to China Daily, this is an initiative taken by Henan department of agriculture and Sanmenxia municipal government to promote breeding, give protection and to maintain the diversity and ecological balance of aquatic resources.

Trout and other fish are raised from eggs, become fry and fingerlings and then transported to streams where they are released, officials said.