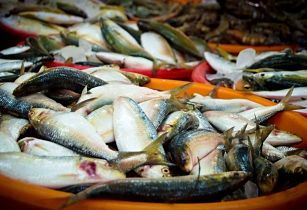 Global production from capture fisheries and aquaculture is expected to hit a record 160mn tonnes in 2013, the Food and Agriculture Organization (FAO) announced

The exports will reach US$136bn, according to preliminary data published ahead of the FAO Sub-Committee on Fish Trade meeting in Bergen, Norway, next week.

The FAO also added that the developing countries continue to play a ‘major role’ in supplying world markets, accounting for 61 per cent of all fish exports by quantity and 54 per cent by value in 2012.

Audun Lem, chief of the agency’s Products, Trade and Marketing branch, said, “The record trade figures reflect the strong growth in aquaculture output and the high prices for a number of species such as salmon and shrimp.

“This is underpinned by firm underlying demand for fish products from world markets.”

Fish farmers are projected to have produced 70mn tonnes in 2013, up from 67mn tonnes a year earlier. That represents 44 per cent of total fishery output and 50 per cent of fish for direct human consumption, the FAO added.

“The proportion of fish production being traded internationally is significant, at around 37 per cent in 2013,” Lem said.

“This makes the fisheries sector one of the most globalised and dynamic industries in world food production.”

To access local, global and especially regional markets, the organisation said it has been urging countries to assist small-scale fishers and fish workers to overcome several barriers.

“Countries need to provide small-scale fishers with access to finance, insurance and market information, invest in infrastructure, strengthen small-scale producer and trader organizations, and ensure that national policies do not overlook or weaken the small-scale sector,” the FAO added.