Indonesia to boost fish production and export in 2014 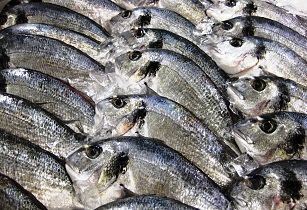 Indonesia will increase exports of fish products and boost commercial fishing in an effort to expand the industry this year, Ministry of Marine Affairs and Fisheries (MMFA) said

According to Sjarief Widjaja, MMFA secretary, the ministry has, in 2014, set a production target of 20.95mn tonnes of fish, with an expected export of US$5.65bn.

The secretary general also stated that to develop the fishery industry, the MMFA initially based its efforts on economic, ecological and technological approaches.

“The MMFA had set a number of top priorities in its fishery production programs that it needs to carry out in 2014. It is seeking fish consumption at 38kg per capita per year, a fishery gross domestic production (GDP) increase by 7.25 per cent and an export target of US$5.65bn.

The export target in 2014, worth US$5.65bn, increased from fish exports in 2013 that stood at US$4.9bn. Fisheries export value in 2013 also increased, if compared to previous years.

As part of its efforts to increase fishery production and exports, the MMAF is doing its best to expand its global market, including to Europe. Last week, it had signed an MoU with France, specifically with the Indonesian French Chamber of Commerce and Industry (IFCCI), on fishery exports.