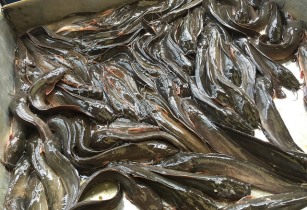 The eel farmers in Japan have decided to fatten up the resource this spring, with an aim to reduce the surge of eel prices that resulted because of the shortage of supply

The Union of Eel Farmers Cooperatives of Japan has urged Tokyo-based association of kabayaki-style eel restaurants to promote fattened eels.

According to the government data, about 99 per cent of eels in Japan are raised from glass eels. The International Union for Conservation of Nature designated Japanese eels as an endangered species in 2014.

Yamamoto Yoman, a leading eel fattening firm, started full-scale operation of fattening eels from 2016. As reported by The Straits Times, the company has shipped more than 1,700 eels of that size so far.

However, the company has pointed out that fattened eels have bigger and thicker bones, making difficulties to swallow, thus posing challenges in the fattening practices.

The source said that the fattening practice has spread among farmers in Shizuoka and Miyazaki region of the country.