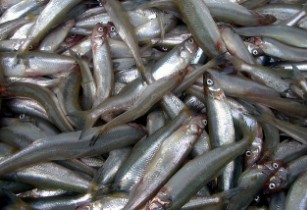 In order to fairly deal with a transparent fishing practice, Philippines, China and Vietnam are considering to signing a common fishing agreement on Scarborough Shoal, located between the Macclesfield Bank and Luzon island in the South China Sea

This has been reinforced by Antonio Tirol Carpio, acting chief justice of the Supreme Court of the Philippines.

According to 2016 UN tribunal judgement, the Scarborough or Panatag Shoal is a traditional fishing ground of all the three countries - the Philippines, Chinese and Vietnam.

However, according to Carpio, a common fishing agreement among the three countries is indeed necessary on the said location as it has been repeatedly found that the Chinese coast guard personnel seize the catch of Filipino fishermen.

Carpio added that the deal needs to include the lawful quantity of fish that can be caught and a tax on them to retain the practice sustainable.

As reported by CNN Philippines, besides signing a mutual fishing agreement, the Philippines and Vietnam may also sign a boundary agreement defining the "median line" between the two countries.

As a region, Asia and the Pacific produce most of the world’s fish. The region currently contributes more than 55 per cent of global capture fisheries and 90 per cent of its aquaculture. Fishing is a major source of income for both Philippines and Vietnamese families. In order to boost the fishing activities, both the countries are developing state-supported fishing programmes to help the commercial fishers in the South China Sea.

In a bilateral cooperation committee meeting between Vietnam and Indonesia held in Hanoi, the countries have agreed to strengthen cooperation to settle fishing violations in the South China Sea, to improve the trade relations.

During the recent 35th Session of APFIC, which was convened in Cebu, the Philippines, members of the Asia-Pacific Fisheries Commission (APFIC) have agreed to scale up collective efforts to ensure that fisheries and aquaculture are managed in a responsible and sustainable manner.