South Korea and FAO to work together towards sustainable fishing 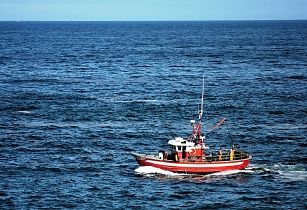 Jae Hak Son, South Korea’s vice-minister of Oceans and Fisheries, and Maria Helena Semedo, FAO’s assistant director-general, recently signed an MoU agreeing to work together to build the capacity of developing countries to address key issues related to fisheries and aquaculture and promote compliance with the FAO Code of Conduct for Responsible Fisheries.

Adopted by FAO’'s member countries in 1995, the code contains a series of policy principles, technical guidelines and best practices for conducting fishing and aquaculture in a responsible and sustainable way.

The new FAO-South Korea initiative will cover a broad spectrum of policy, governance and management issues in fisheries and aquaculture. Education and training programmes will be a major component.

All activities will mainly be financed by South Korea via a new trust fund established at FAO.

“This new programme will help safeguard these contributions for future generations, by providing governments and those working in fishing and aquaculture with guidance and support in adopting more sustainable practices. We are extremely grateful for South Korea’s support for this effort, both in terms of funding and in bringing its own expertise and know-how to bear.”

The livelihoods of 660mn to 820mn people depend directly or indirectly on fisheries and aquaculture, and fish is the primary source of protein of 17 per cent of the world’s population — that figure rises to nearly 25 per cent in low-income food-deficit countries and to more than 50 per cent in some least developed countries in Africa and Asia.