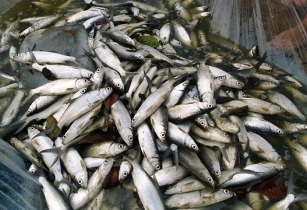 The MoU was signed by William D. Dar, secretary of Agriculture of the Philippines, and Moon Seong-Hyeok, MOF minister.

The MoU aims to promote collaboration between both countries in science/technology data and information exchange on fisheries and fish farming and to improve promotion/investment in fisheries areas.

MOF stated that both countries agreed to hold regular joint committee on fisheries (annual committee to be held alternatively) and to establish a ground to expand fisheries cooperation with the Philippines.

In the oceans and fisheries sectors, Korea and the Philippines signed several MoUs such as STCW Agreement (2005) in maritime affairs sector, MoU on Maritime Safety Cooperation (2017), MoU in oceans sector between Korea Hydrographic & Oceanographic Agency and the Philippines National Mapping & Resource Information Authority (2015), and MoU on port development cooperation (2012).

However, this is the first MOU on the fisheries area, which shows that a final foundation has been laid for comprehensive bilateral cooperation in all oceans/fisheries areas between two countries.