South Korea to double farm and fisheries export by 2017 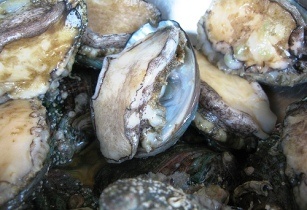 South Korea has announced that it will double its farm and fisheries products exports to US$16bn by 2017, according to Agriculture Ministry sources

The government also plans to increase the number of export items from current 13 to 23, while creating 10 large-scale fish farms to produce country-specific and high-value products like sea cucumber and abalone, sources added.

Under a new plan, the Ministry of Agriculture revealed that nearly US$1.8bn would be invested to develop new products and farming technologies, according to a YonhapNewsAgency report.

Lim Jeong-bin, head of the Ministry’s food industry policy bureau, said, “The government plans to invest up to US$1.8bn by 2017, with most of the amount to be spent on research and development projects to develop country-specific products.”

South Korea’s farm exports have been reportedly growing steadily with an average annual increase of 16 per cent over the past five years.

According to reports, China is fast catching up to Japan as the world’s largest importer of South Korean food products, purchasing US$467mn worth of products in the first half of 2013, up 9.5 per cent from the same period last year.