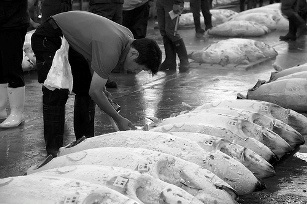 According to International Trade Center (ITC), in the first five months of 2013, canned tuna imports into Germany were up 21 per cent from that of the same period of 2012, reports VASEP.

Germany imports tuna from 25 suppliers in the world, in which, Ecuador was the largest supplier until now, followed by Philippines, Papua News Guinea and Vietnam.

In Jan-May 2013, Vietnam’s canned tuna shipment to Germany reported an increase of 43.98 per cent from that of the same period last year.

According to ITC, through May 2013, Vietnam took the lead in exporting tuna loin to Germany, followed by Ecuador, the Netherlands and South Korea.

Vietnam’s tuna loin exports to Germany, accounting for 32 per cent of Germany’s total tuna loin imports, were twice higher than that of Ecuador.

Through May 2013, Ecuador’s canned tuna exports to Germany surged over 120 per cent compared to the same time of 2012.

Philippines, the second largest canned tuna exporter to Germany, slashed its tuna exports to the market on par with that of the same time of last year because Philippines does not get tariff preferences like Ecuador.

Philippines has been making efforts to boost negotiations with EU on lowering the tax on canned tuna exported to EU by next year.