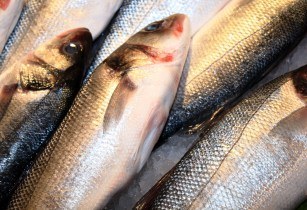 Vietnam’s exports of seafood products saw growth of over 10 per cent in 2013 on the previous year, and the trend is expected to continue in 2014

Vietnam Association of Seafood Exporters and Producers (VASEP) has recently said that Japan, European Union (EU) and the US would continue to remain Vietnam’s major seafood importers in 2014, while China and Hong Kong are emerging as potential markets.

The association also said that Japan is gradually opening wider to Vietnamese seafood products, as in early 2014, the Japanese authorities eased the Ethoxyquin content requirement for shrimp imported from Vietnam to 0.2 ppm, from a previous level of 0.01 ppm, said the association, Xinhua reported.

In addition, exports to potential markets including China and Hong Kong are expected to be boosted in 2014. In 2013, seafood shipments to the two destinations were worth around US$650mn in total, up 55 per cent from 2012.

In 2013, Vietnam’s shrimp exports accounted for a large proportion of over 60 per cent in Vietnamese seafood export turnover to China. The association is dedicated to make inroads into the Chinese and Indian markets for pangasius (tra fish).

Furthermore, Vietnam is setting up a distribution centre for pangasius products exported to the EU at the port of Zeebrugge in Belgium. Vietnam is expected to see more pangasius export opportunities to this huge market via the port.

In 2013, Vietnamese seafood products were sold to 156 countries and regions, generating a total revenue of US$6.7bn, added VASEP.

In 2014, Vietnam isreportedly set to focus on developing seafood processing chain from production to consumption with application of high technology, which is expected to earn bigger profit, said the association.