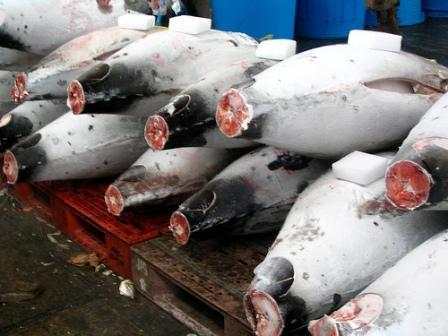 The US was the biggest importer of Vietnam's tuna between January and November 2012. (Image source: Ali San/Flickr)

According to the Vietnam Association of Seafood Exporters and Producers (VASEP), tuna exports were valued at US$526.5mn between January and November last year.

The was the largest consumer of Vietnamese tuna during the period with a proportion of 43.6 per cent at US$19.5mn in November and US$232.1mn between January and November 2012. The was followed by the European Union (EU) and .

and were also significant Vietnamese tuna importer in the period.

Shipments to most markets increased in value during the period, except which registered a decline of five per cent.

Between January to November 2012, Yueh Chyang was the leading exporter of tuna products with more than US$63.65mn of revenue. Havuco ranked the second with nearly US$60mn and was followed by Thinh Hung Co, Ltd with over US$51.5mn.