Vietnam seafood exports to touch US$6.5 billion in 2013 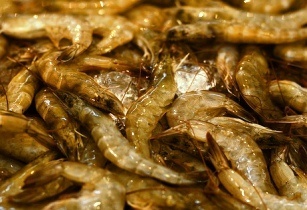 The Vietnamese seafood exports is expected to reach US$6.5bn this year, up five per cent against the previous year

According to Vietnam Association of Seafood Exporters and Producers (VASEP), Vietnam seafood exports have increased by 17.4 per cent to US$1.9bn in Q3 2013.

Shrimp products got strong rise in sales, especially whiteleg shrimp, as supplies from other producing countries in the world stumbled due to Early Mortality Syndrome (EMS), VASEP said.

The country has reportedly exported US$5.5bn worth of fish and shrimp in the first 10 months of 2013, up 7.3 per cent from a year ago.

However, pangasius sale was down due to less demands in importing markets. In September 2013, fish sales abroad valued at US$1.3bn, down 1.4 per cent. The figure continued to slide six per cent in October, leading to total value of US$1.43bn.

Last month, other seafood exports such as tuna, cephalopod, crab and swimming crab have also been under downward pressures, VASEP added.