Avivagen receives approval for use of feed additive in China 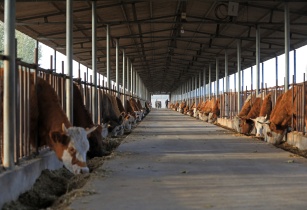 Avivagen Inc., a life sciences corporation focused on developing and commercialising products for livestock, companion animal and human applications has announced that its oxidised carotenoid-based feed additive product - OxC-beta has received approval for use in China

“Core to our success to date has been the strong inroads we’ve made across key Asian feed markets, and we’re thrilled to now have regulatory approval to bring OxC-beta to feed producers and commercial operations across China,” said Kym Anthony, chief executive officer, Avivagen.

“Having direct access to the world’s largest feed market at a time of continued growth has the potential to be transformative for Avivagen and help drive greater adoption and growth in Asia and worldwide,” Kym added.

The approval comes as a result of Avivagen working closely with COFCO Biotech, a state-owned multi-billion-dollar company, and follows successful trials across numerous species.

China was ranked as the number one feed-producing country in the world in the 2022 Alltech Agri-Food Outlook, producing 261.4 million mt in 2021. China also experienced the largest increase in feed production by tonnage during the year, as the country’s feed industry continues to consolidate and modernise. The country has been leading efforts to reduce antibiotic use with livestock nationwide, in an effort to reduce antimicrobial resistance in the region.

According to Avivagen, the OxC-beta technology is derived from the company’s discoveries about β-carotene and other carotenoids, compounds that give certain fruits and vegetables their bright colours. Through the support of immune function, the technology provides a non-antibiotic means of promoting health and growth.

Avivagen said that the OxC-beta Livestock is a proprietary product shown to be an effective and economic alternative to the antibiotics commonly added to livestock feeds. The product is currently approved and available in the United States, Philippines, Mexico, Taiwan, New Zealand, Thailand, Brazil, Australia, Vietnam and Malaysia.