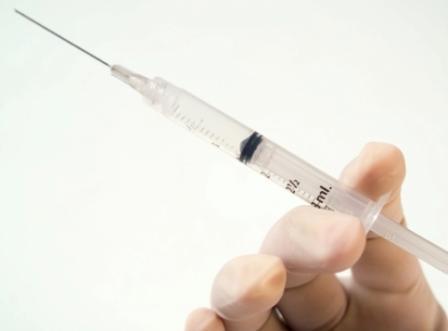 China’s animal vaccine industry has been growing fast. The market maintained an average annual growth rate of 13.6 per cent in 2006-2010, and reached around RMB 7.5 billion in 2010, up 21.0 per cent YoY, according to a new report published by Research and Markets.

With the increase of state investment in animal epidemic funds, the expansion of compulsory immunization against animal epidemics and immunization, and the strengthening of China livestock breeding industry standardization, China's animal vaccine industry is expected to continue to maintain a relatively high growth momentum in future.
Although there are nearly 60 animal vaccine manufacturers in China, the market share is concentrated in the hands of a few enterprises. CAHIC, Yebio QD, Guangdong Dahuanong Animal Health Products, Tecon and Chengdu Tech-Bank are representatives of the Chinese animal vaccine industry, accounting for a market share of 37.4 per cent. Sales of these companies mainly come from the government procurement of compulsory vaccines, wherein, the revenue from government compulsory vaccines accounted for 88 per cent of the total animal vaccine revenue of CAHIC in 2010.
According to China's compulsory immunization plan against animal epidemics in the past three years, China not only expands the application scope of the existing animal immunization products, but also attaches great importance to the upgrading of animal vaccine products at the same time. The applications of high-performance passage cell-derived vaccine, synthesis peptide vaccines, etc, are gradually being expanded, e.g., Classical Swine Fever Vaccine, Live (Cell Line Origin) expanded its application coverage from eight provinces in 2010 to sixteen provinces in 2011.
However, due to the high requirements on technology and equipment from passage cell-derived vaccines, and synthesis peptide vaccines, etc., there are limited manufacturers available currently. Although CAHIC, Tecon, and other manufacturers all start their layout in the field of Classical Swine Fever Vaccine, Live (Cell Line Origin), Guangdong Winsun Bio-pharmaceutical is still the major supplier in the present market. Tecon, Shanghai Shenlian, CAHIC, etc are involved in the production and sales of synthesis peptide vaccines, but CAHIC produces synthesis peptide vaccine by purchasing antigens from Shanghai Shenlian.
In recent years, the scope of China's animal compulsory vaccinations scheme is being gradually expanded. Constrained by economic conditions, the compulsory immunization against animal epidemics currently only contains five kinds of Epidemics of Class I, while there are about 17 kinds of epidemics of Class I in China and other epidemics lead to greater risk as well. With the increasing recognition of animal epidemic prevention and control from breeding enterprises and individuals, the future demand for conventional self-pay vaccinations will be further enhanced. As China's livestock breeding relies mainly on raising pig and poultry, Newcastle disease vaccines and porcine circovirus vaccines will be two conventional vaccines with good market prospects.