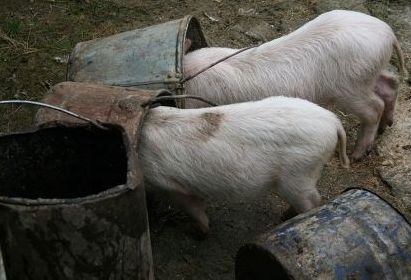 “Feeding liquid feed to pigs is gaining foothold in agriculture. This is largely because this type of feed seems to benefit pig health. But more knowledge is needed in the area,” concludes the two scientists from Aarhus University, Nuria Canibe and Bent Borg Jensen, who have published an article that reviews the research on liquid feeding.

"Fermentation can be a method of improving the nutritional value of feed ingredients, but you have to know what the right approach is. More knowledge is needed in the area," said senior scientist Nuria Canibe.

The fermentation of liquid feed requires good planning and control of the process to achieve a good microbial and nutritional feed quality. Inadequate control can result in feed with negative consequences for pig health and growth. Knowledge of the fermentation process is therefore vital to get the best results from fermented liquid feed.

"When you use fermented liquid feed, you have to know what you are dealing with, because it is a dynamic system where in principle both harmful and beneficial bacteria can grow," said Canibe.

If the fermentation process is planned and controlled in an appropriate way, the data show that fermented liquid feed can help produce healthy pigs without the use of antibiotics.

"Fermented liquid feed is a feeding strategy that benefits the gut health of pigs. The feed reduces several pathogenic and zoonotic bacteria in the gut such as coliform bacteria and salmonella, and the few published studies on the effect of fermented liquid feed on pig diseases such as porcine proliferative enteropathy and swine dysentery also indicate a reduction in the incidence of these diseases in pigs fed a fermented liquid feed," says Ms Canibe.

There has been a growing interest in fermented liquid feeding in recent years for several reasons. It is first and foremost a political ambition to reduce the use of antibiotics in pig production and to this end fermented liquid feed is a good alternative. Secondly, there is a wish to increase the production of renewable biofuels, which results in large volumes of liquid by-products that can be used in liquid feed. And last but not least, the fluctuating feed prices make liquid feed an interesting alternative, as it can make use of cheap liquid ingredients.