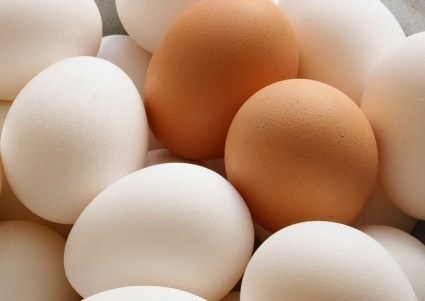 Australians have increased their egg consumption, eating seven per cent more eggs in the past year, according to statistics released by the Australian Egg Corporation Ltd (AECL)

The Australian egg industry has responded by producing a total of 392 million dozen eggs during 2011 or 12.9 million eggs each day. This represents an increase of 10 per cent on 2010 levels and up by 22 per cent on the 5-year average or an increase of 51 per cent since 2000.

AECL managing director James Kellaway said that in the past year, each Australian ate on average a whopping 213 eggs, up from the 198 eggs consumed in 2010.
“These statistics prove that the humble egg has become a central part of the diet of Australians – be it breakfast, lunch or dinner, eggs are a versatile, nutritious and very affordable food that Australians are eating...with great gusto!” Kellaway said.

“We believe the increased consumption is due to a growing awareness of new science that proves that eggs do not increase cholesterol as previously thought and that people can safely eat six eggs a week (according to the Heart Foundation). Not only that, new science shows that egg consumption can help people with diabetes and assist reduce obesity in the community,” Kellaway said.

“While Australians have increased their egg consumption in the past two years, Mexicans and Japanese eat considerably more eggs than us. According to the International Egg Commission, Mexicans ate a whopping 365 eggs while Japanese people ate 324 eggs in the past year,” he said.