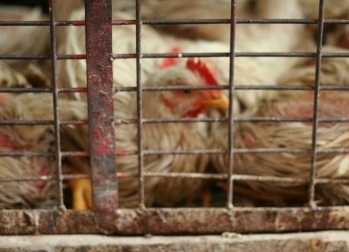 Bhutan's Ministry of Agriculture and Forests has declared that any female domesticated fowls kept for the purpose of egg production, shall never be continually confined in restrictive cages that prevent them from stretching their limbs

The order also mandates that birds shall have sufficient space to be able to perch or sit quietly without repeated disturbance.

Typically, egg factory farms around the world cram billions of egg-laying hens into barren cages so small the birds can't even spread their wings. Each bird has less space than a sheet of paper on which to spend her entire life. Such extreme confinement prevents them from expressing many important natural behaviors including perching, nesting or dust bathing.

The Humane Society International (HIS) has praised the Royal Government of Bhutan for instituting major animal welfare reforms for the country’s egg industry.

"This law represents an important advancement for farm animals worldwide," said Rahul Sehgal, director, , HSI. "’s progressive legislation sets a high standard for others to emulate. Most countries realize that we must move in the direction of improved animal welfare standards, and this legislation provides a roadmap to move us in that direction. All animals deserve humane treatment, including those raised for food."