Broiler breeders and their management 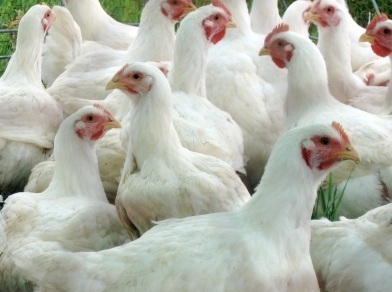 To attain both genetic potential and consistent flock production, it is important that the producer or flock manager has a good management programme in place.

The broiler producer clearly requires birds that will achieve a high body weight, with good carcass quality, over the shortest possible period of time using the minimum amount of regular feed. In addition the producer also wants birds that possess the correct body conformation, which will feather rapidly and have a minimal mortality rate.

On the other hand, producers of broiler breeders (the producer of broiler parent stock) is essentially interested in all factors related to egg production and successful embryo development – onset, frequency and continuity of laying, number, size, weight, shape, and quality of eggs. This is because the producer is focused on producing as many chicks as possible for sale.

But parent birds would have been selected and bred for the fast growing characteristics they pass on to their offspring (i.e. the broiler chicks to be fattened into broilers).  Birds that accumulate weight quickly in the first few weeks after hatching are generally overweight, when mature and egg production is inversely proportional to body weight. Consequently, broiler breeder hens lay only around 140 eggs per year compared with the 250 typically produced by hens laying eggs for human consumption.

A compromise must be built into the breeding programme. Failing this producers of broiler breeders are saddled with the double disadvantage of hens that lay less than 150 eggs per year and are difficult to manage because of rapid growth rate and heavy body weight at maturity.

Compromise is achieved by cross breeding. Simple programmes will typically use a ‘table quality’ strain as the male line (e.g. Cornish) and an egg producing strain (e.g. New Hampshire) for the female line. More complicated schemes yielding a better result would be ‘Cornish’ males and ‘New Hampshire’ females, crossed with the ‘White Plymouth Rock’ strain. Crossbred males and crossbred females from these respective crosses are then used as broiler parent stock to breed the broiler chicks.

High selection pressure for feed efficiency and feed conversion, growth and meat/carcass quality is applied in the male strain, but much less so in the female strain. And the use of crossbred females ensures a high degree of hybrid vigour with maximum levels of egg production, egg viability and hatching success.

Selection and breeding for fast growth rates in broilers form the most important processes in the world poultry industry. Male broilers achieve rapid gain from the start, and at 6 weeks of age can weigh in at 2kg (live-weight). Female birds will tend to grow at a slower rate but this has definite marketing advantages because overall consumer demand is for broiler carcasses of various weights. It is not the amount of food consumed but the efficiency of feed utilisation and food conversion into body tissue which underpins the growth rate.

Broiler producers tend to plump for white feathered strains because they result in a ‘cleaner-looking’ carcass after processing. But there are instances where production management considerations outweigh this and coloured-feathered strains are preferred. Examples include broiler production in countries with high rainfall and the indigenous soil is red. In these situations, red/brown Rhode Island Reds may be the most sensible choice. Feather cover must be good to maintain insulation and restrict heat loss from the body, as well as minimising incidence of skin blistering which ruins marketability of processed birds.

Many modern strains of broiler will produce yellow fat because they have been custom-bred for the American market. In markets where yellow fat is undesirable, producers should remove carotene and carotenoid pigments (coloured chemicals) from the ration. Similarly, factors that determine carcass quality in one country may not suit another. For instance, consumers in some countries may consider the body conformation, texture and taste of carcasses high quality by ‘Western’ standards to offer an unattractive and insufficiently chewy eating experience. For supermarket sales in general, breast meat should be broad and deep. Many such problems are overcome by incorporating local strains into cross breeding programmes to produce appropriate broiler parent stock.

•        Producers must ensure broiler breeder birds attain their mature weight at 24 weeks of age
•        Give crushed millet or maize once per day during the rearing period and increase to three times a day during the laying period. Throw cereal on to the litter. Birds scramble for the grains, exercise and burn off fat
•        Reduce feed by 5 g a day, for every 50 g a bird registers over the optimum weight
•        If rearing males and females separately, provide males with 30g of extra feed per day. If reared together only increase the feed by 5 g a day for each male bird.

Broiler breeder production employs a system much like that used to rear laying bird chicks. Use the same vaccination programme plus administration of an avian encephalomyelitis vaccine in the drinking water when birds are 18 weeks old. Cull low-quality chicks (usually 3-5 per cent) at 6 weeks and use the same pattern of lighting offered to layer birds.

On balance it is best to rear cockerels and hens separately at first because they have differing nutrient requirements. For instance, cockerels require higher inclusions of calcium and phosphorous. The sexes can then be mixed at 12 to 14 weeks using a ratio of 8-10 hens to one cockerel. All pullets and cockerels should be re-housed in laying quarters at the same time when 21 weeks of age. And with a lighting regime as for layers, broiler breeders should attain full egg production between 30 and 33 weeks of age.

Specific problems may arise in the tropics because the inherently heavier broiler breeders are more susceptible to heat stress than are birds from standard laying strains.   For health considerations laying houses should be well away from houses where immature birds are being reared. Once vacated, houses used for rearing immature birds must be thoroughly cleaned and left for at least three weeks before introducing new chicks.