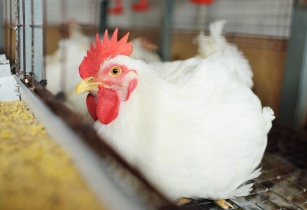 Etienne Corrent, business and innovation director at METEX NØØVISTAGO, said, “It started three years ago. We wanted to challenge nutritional boundaries by testing innovative feed strategies such as very low protein diets together with increasing the use of locally produced protein-rich feedstuffs and amino acids. A strategy we really believe in, in order to connect performing and sustainable farming. This R&D project delivered a lot, even more than expected, and disclosing all those nutritional solutions together, as partners, is a great achievement.”

Sustainability goes through the nutritional approach

Before entering the details of the scientific content, Cecile Lassalle, formulation and cost pricing director at Cargill Animal Nutrition, did set the scene about the situation of feed raw material today, in order to better appreciate the upcoming results.

“To make a long story short, we thought it was critical to start with some key messages. First, when it comes to poultry nutrition, the feed is the most efficient lever of sustainability. Then, diversifying the raw material used is critical: economically speaking, looking at today’s situation, but also to reach carbon footprint objectives,” commented Cecile.

“In that case, we do confirm that the low crude protein (CP) concept makes sense, as we see a direct effect on soybean meal decrease and higher inclusion of alternative feedstuff. Within that strategy, the origin of raw material has a strong impact, and it includes the feed-grade amino acids!,” added Cecile.

According to the companies, the results are crystal clear; in all experiments, it has been shown that lowering dietary CP allows maintaining optimal performance, as long as the amino acid profile is well balanced with the right amino acid solutions.

In addition, removing soybean is also technically possible! More interesting, associated benefits on welfare (footpad dermatitis and gut health), nitrogen emission, and lower carbon footprint have been confirmed. Regarding the last point, the choice of local (European) amino acids has a significant and positive impact on the broiler carbon footprint, which can’t be ignored.

Finally, Simon Fontaine, confirmed those conclusions with a meta-analytical approach combining 29 low dietary CP trials, made by METEX NØØVISTAGO with customers in Europe, ending up with the exact same results.