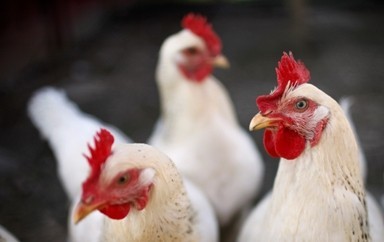 US agribusiness company Cargill Inc plans to start operating one of China's biggest broiler production facilities by the middle of next year, boosting its presence in the region

With an investment of US$250mn, the integrated chicken broiler facility under construction in province will include a feed mill, farms, hatchery and processing plants, said Christopher Langholz, president of Cargill Animal Protein.

"We are doing the construction right now and hope to start by June or July next year," he said. "We will raise 65mn birds a year and it will be one of the biggest integrated plants in ."

's poultry industry is rapidly expanding with annual growth at five to six per cent, drawing investment in production facilities.

"There is a big trend going on," said Langholz. "Just as 20 years ago you had in pork with modern technology and corporate people getting involved in production, now all that has started happening in chicken."

, which buys 60 per cent of all soybeans traded across the world, could see a jump in demand for feed grains as consumption of chicken meat grows. The country already accounts for half of the world's pork production and consumption.