Carrefour Taiwan has strengthened its cage-free commitment, in partnership with EAST 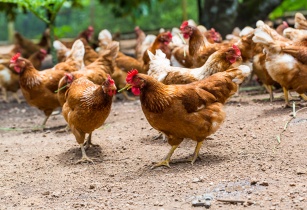 Carrefour has established designated cage-free zones in all of its locations. (Image source: Adobe stock)

Carrefour cemented its cage-free ambition, confirming that only cage-free eggs will be sold in all of the company’s hypermarkets and supermarkets from 2025.

In February, Carrefour completed its takeover of rival retailers Wellcome and Jasons Market Place, further expanding the influence of its animal welfare policy. Carrefour now has 66 hypermarkets, 262 supermarkets and 25 premium supermarkets in Taiwan, second only to PX Mart by store count.

Lawrence Wang, CEO of Carrefour Taiwan, on the retailer’s renewed commitment, said, “Carrefour’s food transition is rooted in the belief that every person is worthy of the best; this should not only apply to humans, but to animals, too.”

An estimated 85% of Taiwan’s 43 million laying hens live out their lives in tiny wire cages, treated as egg-laying machines and deprived of all that comes naturally to them.

Carrefour has already established designated cage-free zones in all of its locations, launched a line of cage-free private label eggs, and sourced free range eggs certified by the Cage Free Alliance for its Carrefour Quality Line.

“Consumers shouldn’t underestimate the power of their decisions, even something as simple as choosing which eggs to buy. Together, many small changes in the same direction have the power to bring Taiwan’s agriculture sector in line with global trends to create a more sustainable future.”

“We urge other corporate leaders to follow Carrefour’s lead and embed animal welfare in their corporate social responsibility efforts,” she concluded.